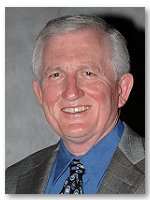 Richard Mader
Chairman of the Board

Over the past 30 years, our distribution area and customer base has grown. The number of publications we distribute is well over 200. Today we are an organization making daily deliveries to over 2500 retail locations, including airports, bookstores, newsstands, convenience stores and hotel and office lobby shops. Every customer receives an early morning delivery, and many receive multiple deliveries daily. Our publications include national, international, ethnic business and entertainment publications.

Representatives visit each sales location weekly to account for unsold copies, place marketing material and fulfill retailer requests. Larger retailers are visited regularly by our marketing representatives to analyze displays and update product mix to match the changing needs of the retailer.